Gestational diabetes is the commonly observed metabolic condition that appears during pregnancy. This kind of diabetes progresses in almost 4-5% of pregnancies. It is a condition in which the blood glucose level goes up, and other diabetic symptoms appear in a woman who has not been diagnosed with diabetes before.

If left uncured, it can ultimately lead to numerous complications that can be dangerous both for the mother and child. An essential fact about gestational diabetes is that it is entirely treatable. Therefore, in order to do so, you must understand various facts related to the disease, like the root cause, its symptoms, and the ways to prevent it.

What causes diabetes during pregnancy? Gestational diabetes usually happens when placental hormones hinder insulin secretion from the pancreas. When insulin is blocked, it’s called insulin resistance. Glucose couldn’t be absorbed by the body’s cells. The glucose stays in the blood and increases blood sugar levels.

You will be surprised to know that this kind of behavior is called the “contra-insulin effect” & generally appears roughly between 21-25 weeks of pregnancy & lasts till child-birth. A fascinating aspect regarding gestational diabetes while pregnant is that insulin resistance inclines to grow in a relative proportion with the increasing age of the pregnancy.

What are the symptoms of Gestational diabetes?

Pregnant females who experience excessive hunger, excessive weight, vaginal infections, excessive urination, and thirst are more prone to this diabetes. This kind of diabetes is discovered with the help of a test known as glucose tolerance. The test is generally conducted from 24-28 weeks of the pregnancy.

How is diabetes during pregnancy diagnosed?

If the specialist has any doubt that the pregnant lady is at a threat of developing gestational diabetes symptoms. In that case, he/she may consider recommending the test in the 13th week itself. A glucose test comprises drinking a sugar solution and giving the blood from the vein after an hour. If the test shows positive and shows sugar levels, more than the normal levels, then the woman may have to be treated. With proper support & cure, this illness can be overcome, and one can be guaranteed safe delivery.

Read More: How to Control Blood Sugar Levels During Pregnancy?

How is Gestational Diabetes Treated? 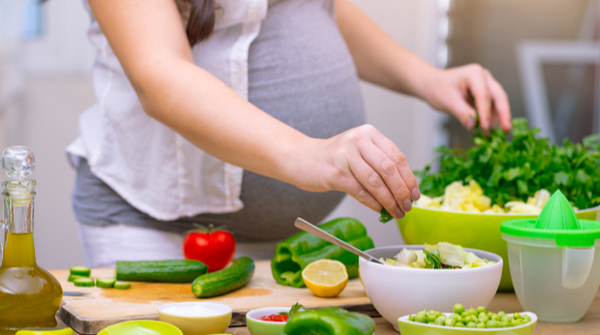 Preventing gestational diabetes typically involves keeping your blood glucose levels under control. For this, the first & foremost step is to practice a holistic lifestyle.

Manage your sugar levels with BeatO.

Gestational Diabetes Diet: All You Need to Know

Be Prepared for a Diabetic Emergency