Home » Diabetes basics » Coconut for Diabetes: Everything You Should Know

Coconut for Diabetes: Everything You Should Know

Coconut or Nariyal is known to be a symbol of good luck. In fact, breaking a coconut during Indian rituals have become a part of all the festivals. However, did you know there was a special day dedicated to Coconut? That’s right! The World Coconut Day (WCD) is observed every year on September 2 to promote coconut farming and to mark the formation of the Asian Pacific Coconut Community (APCC). Therefore, on World Coconut Day, we decipher this fruit and tell you its benefits and its effect on diabetes. Read on!

Benefits of Coconut for Diabetes

Coconuts are a great source of naturally occurring saturated fat. The saturated fat is from the short and medium-chain of fatty acids such as lauric acid that eventually gets converted into monolaurin, a compound known to destroy organisms that cause diseases. Moreover, coconuts are also good to fight flu, common cold, and other viral infections.

The nutrition profile of coconut is given below:

Different Ways to Consume Coconut for Diabetes & their Consequences

The benefits of coconut can be obtained in a variety of ways and the way it affects the blood sugar levels also depend on the same. Since it is highly nutritious and rich in fibre, there is no doubt in adding coconut to your diabetes diet. However, which form is the best is what we further discuss below: 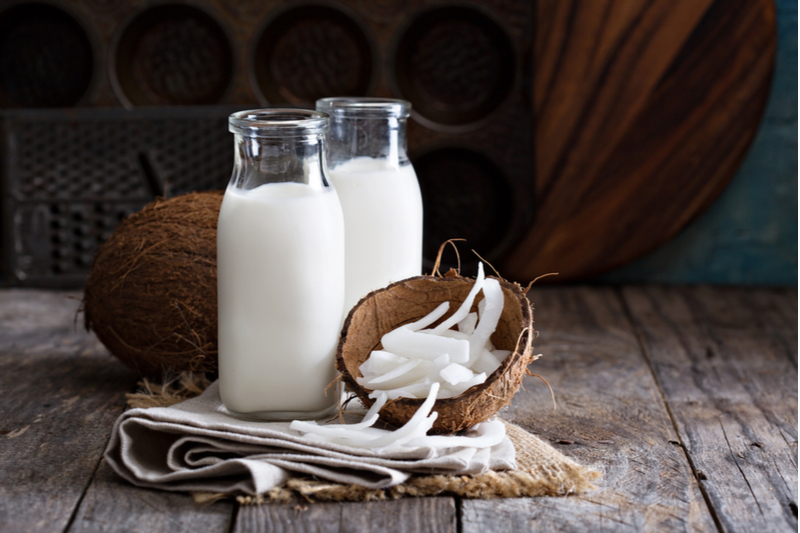 As the name suggests, coconut milk is derived from the flesh of the coconut. The milk is obtained by squeezing out a grated coconut. In certain areas, people squeeze out the milk multiple times to get more quantity.

Coconut milk can be collected in two ways:

1) Also can be called as coconut cream, a thicker form of extract milk that is commonly known to be used in desserts and sauces. It is mostly the first extract of coconut milk. 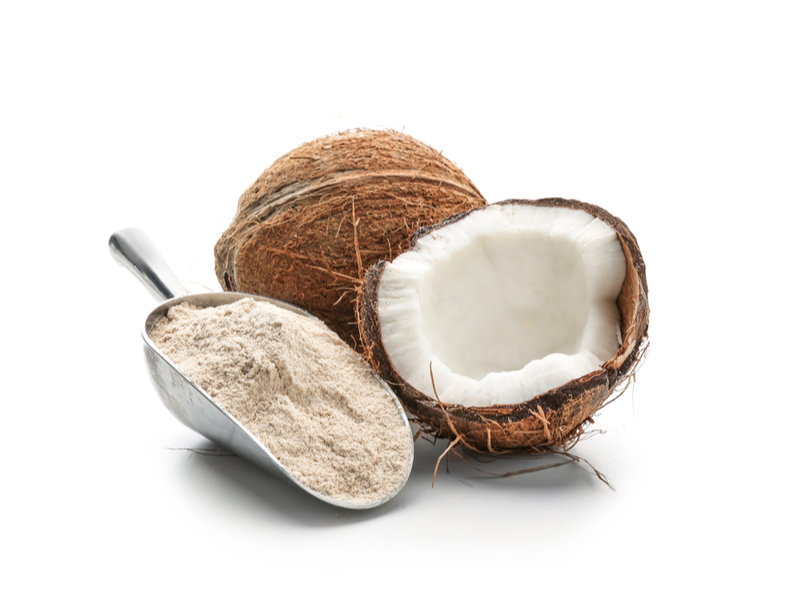 Rich in dietary fibre, coconut flour is a better option in comparison to coconut milk when it comes to carb content. Moreover, the flour is popular to lower cholesterol levels and thus reduces the risk of heart complications.

When compared to other flours such as wheat and corn, coconut flour has less carbohydrate content and therefore is beneficial for diabetics to include in their diabetes diet. Moreover, it is great for people with celiac disease as it is gluten-free too. The proteins present in coconut flour also helps you to look younger and in repair and growth of cells.

Read more: Coconut for diabetics: Is it safe?

This is a no-brainer. Coconut water is one of the best fluids for people with diabetes as it is full of electrolytes and refreshing in nature. It also acts as a great hangover remedy. Since this is mostly water and does not have the flesh, this form of coconut does not have fat and negligible in calories too. With richness in antioxidants, a cup of coconut contains 46 calories and the following nutrients:

Here are the different forms of coconut along with their glycemic index:

Another reason why coconut for diabetes is a good idea is due to it being an exceptional source of dietary fibre.

Things to Remember for Diabetics

Here are a few things to remember when a person with diabetes is consuming coconut or any other form of the fruit:

The effect of different types of food on blood sugar levels can vary from person to person. Therefore, even though coconut can be considered as a superfood, it is best to discuss with your diabetes educator when including the fruit in your diet. 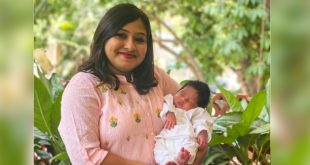