For a long time, we thought that poor diet, lack of physical activity, and genetics were the main causes of diabetes. However, a new global study published in The Lancet Planetary Health recently identified air pollution as one of the most unknown variables leading to the global rise in type-2 diabetes incidence.

Air pollution has been one of the most dangerous environmental hazards of the twentieth century, and its effects on health are also quite concerning. There are hundreds of ways in which the air around us has been continuously contaminated, ranging from the use of fossil fuels to vehicular emissions and construction. By inhaling this air, we allow harmful airborne particles to enter our lungs and bloodstream, putting us at high risk of developing bronchitis, heart attacks, and other problems.

It is well known that these dangerous pollutants can act as a trigger for people who suffer from respiratory allergies. Aside from the fact that long-term exposure to particulate matter can cause cardiovascular disease, lung cancer, and serious damage to the nerves, brain, kidneys, liver, and other vital organs, new research claims that exposure to nanoparticles in this can also cause type 2 diabetes mellitus.

Nanoparticles are a mixture of dirt, dust, grit, and smoke, which are the primary components of air pollution. While some particulate matter is visible to the naked eye, the majority of it is microscopic in size. PM10 and PM2.5 particles, which have a diameter of 10 micrometers or less and 2.5 micrometers or less, are two of the most common types of particulate matter. The smaller the size of the pollutant particle, the greater the risk to the human body. What is the Relationship Between Air Pollution and Diabetes?

A plethora of research has linked air pollution to an increased risk of developing diabetes. For instance, a recent study published in The Lancet Planetary Health provides a detailed evaluation of the relationship between pollution levels and the risk of developing diabetes via a survey of 1.7 million US veterans. However, it’s an international study, and this data is helpful in understanding the relationship between air pollution and diabetes. There was no history of diabetes in any of these veterans. However, after closely monitoring them for 8.5 years, the results revealed that when particulate matter 2.5 levels in the air were between 5 and 10 micrograms per cubic metre, approximately 21% of people developed diabetes. As exposure to PM2.5 increased to 11.9-13.6 mi, this increased to 24 percent.

How Can You Protect Yourself from the Dangers of Air Pollution?

In order to avoid the negative effects of air pollution, make an active contribution towards reducing carbon emissions by choosing sustainable modes of transportation. Taking public transportation to work or whenever possible can go a long way toward reducing vehicular pollution. Walking and cycling are also good ways to stay fit while reducing air pollution.

Apart from that, simple ways to protect yourself from the harmful effects of air pollution include the following:

Download the BeatO App and learn more about diabetes. Get in touch with diabetes experts for free. 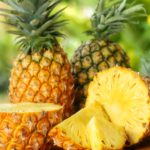